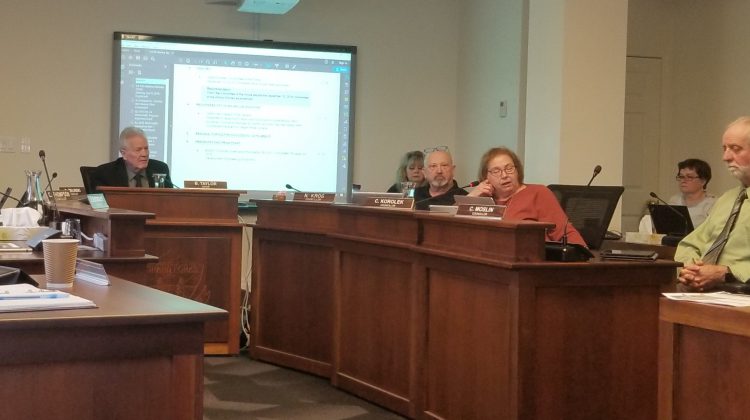 We learned a little more about the now-functioning Warming Centre in Grand Forks on Monday. Catherine Speechley with the Warming Centre visited council chambers to address some concerns and answer questions. Speechley says the establishment emerged as a response to cries from community members wanting to house the homeless for the winter. She adds that the Warming Centre is temporary, only on a 100-day contract with BC Housing.

Over 100 volunteer hours have gone into the program so far, Speechley says, with help from around the community and beyond.

“The Warming Centre came together really quickly with actively engaged community members from varying not-for-profits and social service agencies. Those included but are not limited to BC Mental Health, Public Health, the ministerial, Habitat for Humanity, Whispers of Hope, the RCMP, and public citizens and the input and finical support of BC Housing.”

Lunch was previously supplied by community members, but now at least two local restaurateurs have been contracted. Meals are being served and coffee and snacks offered.

Mayor Brian Taylor adds that there were already freezing temperatures before anything was in place, and apologizes for any hastiness.

“I have to apologize for the fact that this was pushed through quickly. In our plan as B.E.T.H.S as a previous society, we had the plan that when we had located an opportunity that we could move into an area, that we would immediately contact everybody in that local area and work with them. That didn’t happen, that all fell apart with the flood.”

He also brought up discussions about forming a housing society.

“We need to put our heads together with the community, and I see that responsibility coming from the community in using whatever resources we have to develop our capabilities of having a proper Housing Society for the region. I think there’s clearly potential here with the leadership of someone like Catherine.”

Not all residents are in support of the project, however. Somebody claiming to have started a petition against the Warming Centre was in the gallery at the last council meeting voicing their concern.