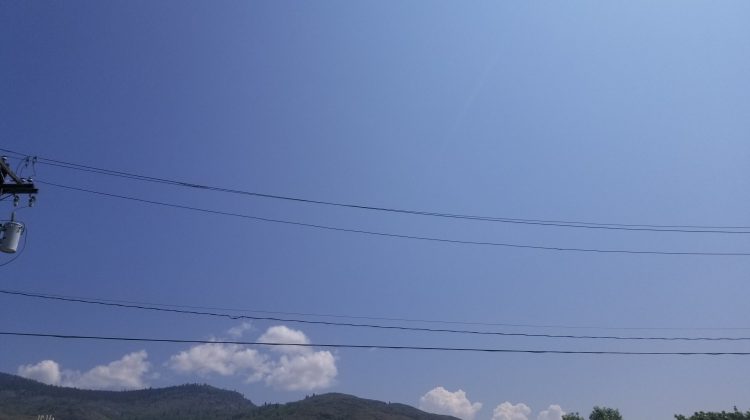 BC Wildfire Service says lightning is suspected to have caused two of three small wildfires in our area. One is in the Overton Creek area near Grand Forks.

“Late afternoon after the lightning strike, Grand Forks Fire & Rescue received two calls regarding a lightning strike up there from concerned citizens. That was reported to BC Wildfire who I believe sent an initial attack crew up there later in the afternoon.”

Ashley Davidoff with the Southeast Fire Centre has more:

“It is a very small fire so it’s considered a “spot fire” at 0.009 hectares, but however it was very visible from Grand Forks and the surrounding area. It was in the Overton Creek area, I think it was around two kilometres North-East above Valley Heights.”

Davidoff confirms one initial attack crew responded yesterday, and five resources are out checking for hot-spots later today hoping to call the blaze “out”. Other fires include another 0.009 hectare blaze at Hellroaring Creek near Salmo, and a 0.01 hectare fire in Midge Creek suspected to be human caused. All fires were discovered yesterday. To report a wildfire dial *5555 in your cell phone, or call 1-800-663-5555.