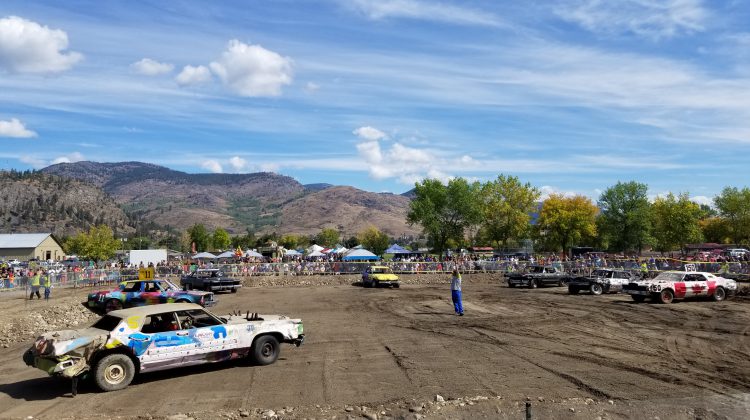 This year’s Grand Forks & District Fall Fair is nearly here, and with it, the third annual Demolition Derby.

Fall Fair Society President, Danna O’Donnell, says the exhibition hall is returning to this year’s fair, and has since the earliest days of the Fall Fair:

“Enter things into the exhibition hall! There is all kinds of things you can enter. You can enter vegetables, fruits, canning, photography, crafts, quilting, and this year: cannabis.”

She says the Hall is where all items that are entered for competition are displayed. Furthermore, she says there are categories and handbooks available online, and prizes to be won as well.

O’Donnel says the event is no new-comer to Grand Forks:

“It started 109 years ago, so it’s got a lot of historical significance. Our value is agriculture based, we celebrate agriculture and promote all of things that come with local agriculture: farming, canning, preserving, we’re definitely going to showcase some animals….”

She says this year’s theme is “My Fall Fair”, and there will be even more vendors and food trucks than years prior. O’Donnell adds one new feature is the saloon being held Saturday evening, which is a beer garden and a fundraiser hosted by a local cancan troupe.

“It’s always increasing and you never know until game day how many are going to show up. We do have quite a few already pre-registered so it’s definitely a bigger show than it has been, and we’re expecting more out of towners…. so it should be a big show!”

This year’s derby features both cars and trucks on the Saturday, following by the kids power wheels derby later on that day. Tetlock adds that Sunday features a new addition: mini figure-8 races, as well as lawnmower races and more. The event goes September 7th and 8th at Dick Bartlett Park and the Curling Rink.