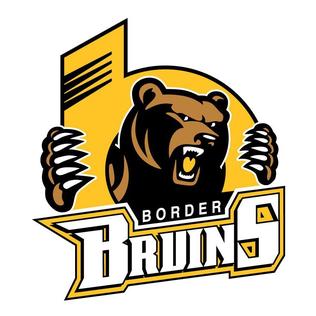 The Grand Forks Border Bruins had a busy weekend on the ice. Friday was the Bruins’ season-opener in Castlegar but the Rebels took that game 7-3. Kevin Mckinnon from the Broadcast Team says the Border Bruins’ bench was running a little short that night.

He says it being Castlegar’s home-opener may have helped The Rebels pick up the W:

“It didn’t look like there was a massive crowd, but certainly you’re playing in front of the home fans and on home ice and there is certainly that to draw on….”

The Border Bruins hosted The Nitehawks for our home-opener on Saturday, and beat Beaver Valley 4-3 in overtime.

“Well over 200 fans at the arena which was awesome, and tailgating out front before hand so the fans were really getting into it and were vocal – a lot of enthusiasm which was fantastic.”

Yesterday, on Sunday, The Border Bruins headed down to Spokane, and fell to the Braves 4-1.

“Third game in three days, and they were putting in extra minutes because of being a little bit short on the bench, that third period really did look like the tiredness…. exhaustion was setting in.”

Grand Forks heads to Osoyoos to clash with the coyotes this Friday. If you can’t make it out, click here to catch the game online.