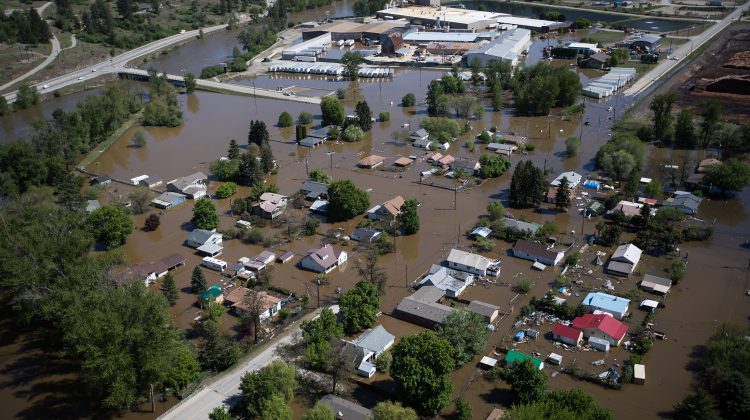 Grand Forks is preparing for their next inevitable flood.

Manager of Strategic Initiatives & Flood Recovery Graham Watt says the key is public input and apologizes that community involvement had not started earlier.

But now with the help of Nelson-based Keystone Appraisals, the public will play an integral role for the design of the Land Acquisition Program.

“They’re going to be meeting one on one and in some workshop-style groups to test specific concepts, hear concerns and ideas from people. You know, this is a first major step in an overall five year program and we’ve kind of got the next year and a half to work out a bunch of different issues, including developing new property and helping move houses from one point to the other.”

Watt says his team recently completed new floodplain mapping, in which the North Ruckle neighbourhood and north end of Johnson Flats are in high risk areas. A buyout will be on the table and Watt says families affected by it will need all the support they can get.

The City of Grand Forks apologizes and acknowledges mistakes made during the early development of flood mitigation and land acquisition programs. Watt says he wants to move forward and work closely with the affected land owners.

“We really did miss a couple of key opportunities at really critical times. Especially when the funding announcements came out and the constraints on what the values from senior governments were available. That was a really hard time for everyone in the city, but particularly the affected residents. We didn’t get that right, but we are really focusing on dialogue right now.”

Watt also emphasized that, “Affected property owners are taxpayers and not flood victims looking for handouts. Rather, this is a flood mitigation program to make the community as a whole more flood resilient. While the City wants to reach acceptable, voluntary agreements with property owners, we know that many would not have decided to leave if given the choice.”

The Regional Districts of Kootenay-Boundary, East Kootenay and Central Kootenay all stepped in to help during the 2018 spring flood. Watt says teams are looking at factors like snowpack and spring temperatures to determine when the next big flood will be. He says they are already looking at which spaces can be used to help those who may be displaced and also looking at different architecture designs to better prepare for what may be increased flooding brought on by climate change.