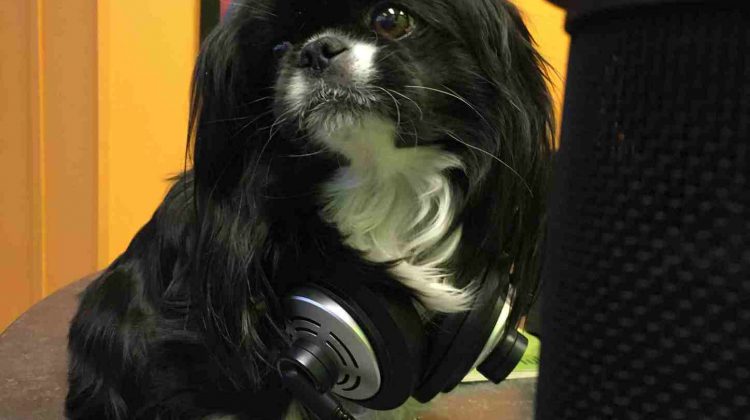 Bunny the Wonderdog committed a full out D & D this morning. The Deer and Dash happened at 4:40 on Thursday morning. As she was heading to the station, she caught wind of some deer near the front door.

She hesitated, but in her own words, “Hey, come on, they were deer for dogs sake!”

Her faithful companion, and co-worker Martin in the Morning, followed as quickly as his long legs could run. Her rabbit like geometry had her bolting into the darkness, as her “play” was fast ‘ahoof’ and he could not keep up.

After a drive around the block by Martin,  Bunny was found in her signature scanning left and right  sweep. No deer to be seen. She felt her duty was done and returned to the station to do her “Bunny’s Traffic 4 @4” in where she tells listeners what four vehicles she sees between Greenwood to Grand Forks on the drive to work in the  4 o’clock hour.