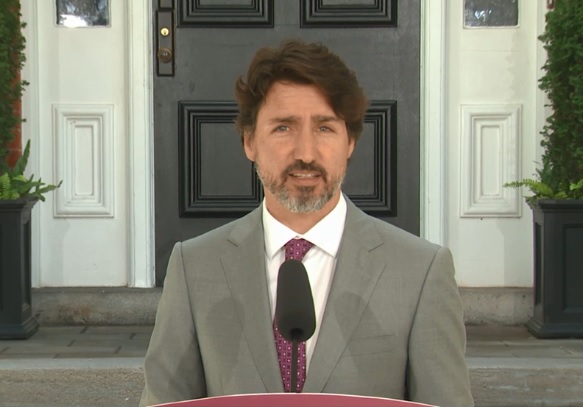 The federal government is extending the Canada Emergency Commercial Rent Assistance benefit for another month. Prime Minister Justin Trudeau said the benefit will continue to help small businesses as they begin to reopen after being closed for several weeks due to the pandemic.

The Prime Minister said we are headed in the right direction as a country.

“We are continuing to move in the right direction, we still have some hotspots across the country, but deaths, hospitalizations, and new cases is declining.”

After beginning his daily briefings in mid-March and addressing Canadians almost every day since, the Trudeau said he and Dr. Tam will no longer be holding daily briefings. However, he said they will update the country a few times a week when they have new information.