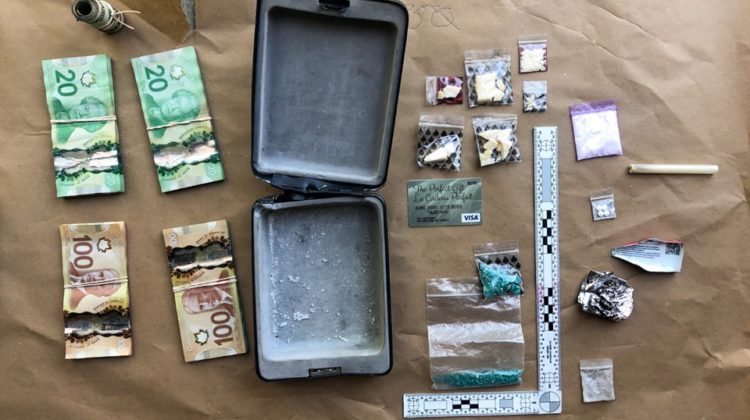 Large quantities of suspected illicit drugs were seized by officers during the recovery of a pickup truck taken without the owner’s consent in Trail.

On the morning of July 28, 2020, Trail and Greater District RCMP received a report that the owner the Ford F-350 went to a store while leaving their vehicle with a passenger inside. When the owner returned the vehicle and its passenger were gone.

The vehicle was returned to its owner once police located the suspect and the Ford F-350 on Esplanade Street in downtown Trail. The suspect was taken into police custody, but was later released pending further investigation.

According to Trail and Greater District RCMP, the following was seized during the man’s arrest:

“The 36-year-old Trail man now faces a number of potential auto theft and drug related charges,” said Sgt. Mike Wicentowich. “Once the police investigation is complete, which will include a proper analysis of the substances seized, Trail RCMP will provide all details of its investigation to the Public Prosecution Service of Canada for charge assessment.”