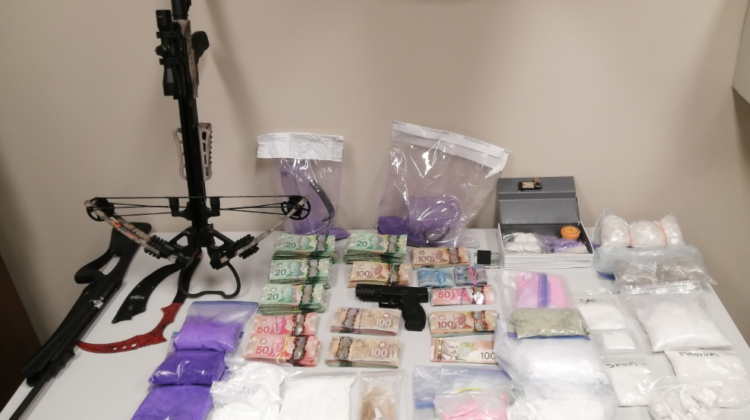 A drug bust in grand forks yielded a substantial amount of narcotics and a plethora of other questionable items including a crossbow and what appeared to be a Spiderman themed sickle..

Three occupants were discovered inside the Grand Forks home and officers arrested them without incident.

According to police, the search of the residence resulted in the seizure of heroin, cocaine, fentanyl, ketamine and methamphetamine and a large amount of money.

This investigation remains very active and ongoing at this time as investigators continue to process the findings.

The 3 individuals have been released from custody with court dates pending.