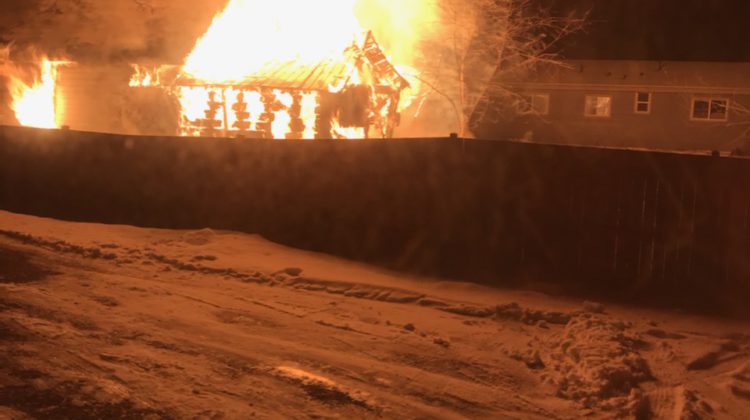 Fire crews successfully worked to protect two occupied homes that were adjacent to the blaze. Grand Forks deputy Chief Rich Piche said that their crews kept the blaze from the homes and when they were secure, they focused on the structure with water from the aerial ladder.

The cause of the fire is under investigation and at this time we know that there was no one in the building and that there were no injuries.