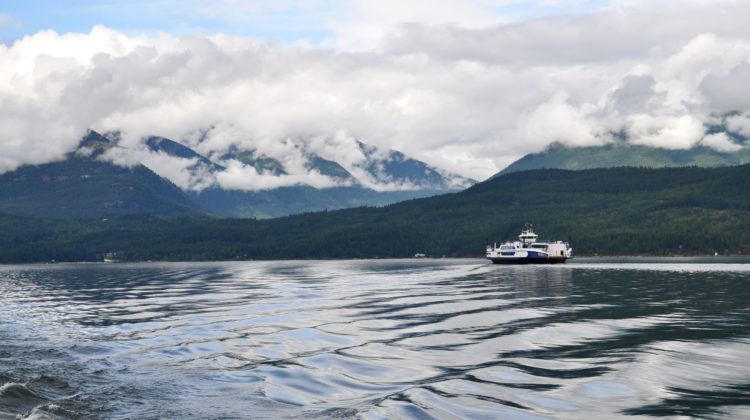 Work will begin in the coming weeks to improve the Kootenay Lake Ferry terminals with improved amenities, more parking and better access.

“The Kootenay Lake Ferry Service improvements are good news for users and will have a positive impact on all nearby communities,” said Patrick Weiler, MP for West Vancouver-Sunshine Coast-Sea to Sky Country on behalf of Catherine McKenna, federal Minister of Infrastructure and Communities. “The addition of electric-vehicle charging stations, as well as the promise of a new electric-ready vessel by 2023 will encourage users to opt for cleaner, lower carbon vehicles in the years ahead. Canada’s infrastructure plan invests in thousands of projects, creates jobs across the country and builds cleaner, more inclusive communities.”

B.C. said the $5.54-million contract has been awarded to Marwest Industries Ltd. of Castlegar.

At Kootenay Bay, the terminal’s existing washrooms will be upgraded to make them more accessible. The facility will also get electric vehicle charging stations, better lighting and improved parking.

Over at the Balfour Terminal, the vehicle queue capacity will see a significant increase, and a new washroom and transit shelter will be added.

The Province said improvements will also be made to Highway 31/3A, and the intersection of Upper Balfour Road and Busk Road will be realigned to improve traffic flow. Sidewalks and lighting will also be added to improve connections between the terminal, the new transit stop and the highway.

“Covered waiting areas, improved lighting, nicer greenspaces and changes to make facilities more accessible are some of the upgrades coming to the Kootenay Lake Ferry. These terminal upgrades will dramatically improve the crossing for area residents and for people travelling through the region,” said Rob Flemming, Minister of Transportation and Infrastructure.

Both terminals will receive new attendant stations to provide information and directions, new sheltered areas for walk-on passengers and upgraded greenspaces and amenities.

According to the province, construction on a new electric-ready ferry will begin in the summer, with it expected to enter service by 2023. The ship, constructed in Nelson at Western Pacific Marine’s site, will more than double the capacity of the vessel is it set to replace, the MV Balfour.

B.C. said the ferry services will continue as normal while construction is underway.

Site preparations took place over the winter, with construction expected to begin in the coming weeks. The B.C. Government expects work on the terminals to be completed by the end of the year.