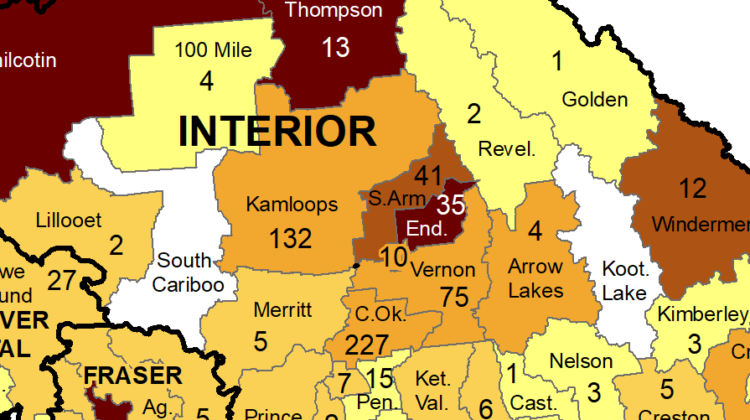 There were 23 new COVID-19 cases in the West Kootenay/Boundary during the most recent reporting period, according to the BC Centre for Disease Control.

The figures cover Nov. 7 to 13 and show a small decline from 25 in the previous week.

Grand Forks held steady at six, Creston was up from four to five, Nelson was down from five to three, Trail fell from seven to two, and Castlegar was down from three to one.

However, two areas that had not reported any new cases in several weeks suddenly had some: there were four in Arrow Lakes and two in Kettle Valley.

There were still none in Kootenay Lake.