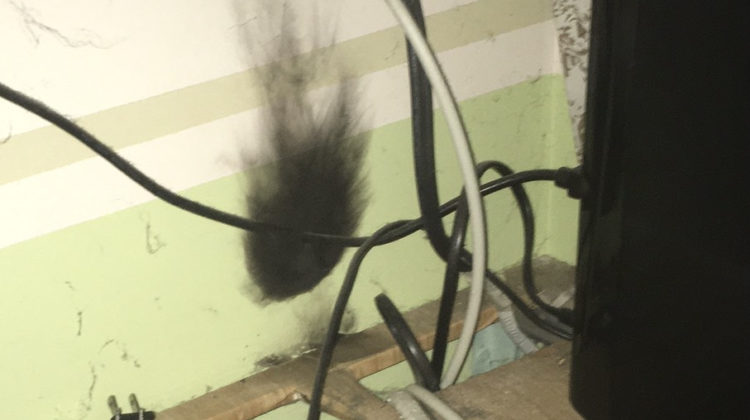 A flaming power bar left this damage in a Kettle Valley home on Tuesday. (Photo submitted by Midway Fire and Rescue)

Crews got the call just as they were finishing up a training session around 9 p.m.

When they arrived at the home, the owners had turned off the mail electrical breaker and had removed the power bar.

They occupants said there had been an electrical crackling sound throughout the house when the fire started.

Crews used a thermal imaging camera to confirm the fire was completely out and had not spread to other parts of the home.

FortisBC was asked to check if they were having any problems. Fortis told the owners that there had been a power surge in the area that affected more properties than just theirs, but no other reports were called in to the fire department.

Damage was estimated at less than $500.