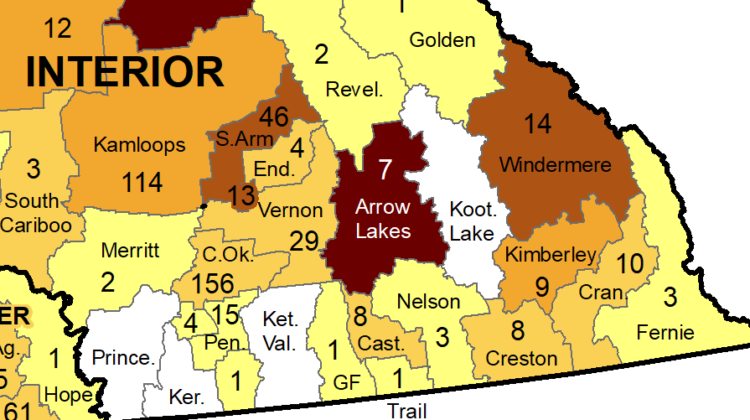 (Courtesy BC Centre for Disease Control)

The latest data from the BC Centre for Disease Control shows Creston and Castlegar are the relative hotspots in our region for new COVID-19 cases, but overall the picture is about the same from the previous week.

During the reporting period of Nov. 28 to Dec. 4, there were eight new cases in Creston, up from one the previous week, and eight in Castlegar, up from two.

The Arrow Lakes held steady at seven, but had the highest per capita rate in the region.

On the positive side, Nelson had three new cases, down from seven, and Grand Forks fell from six to one. In Trail, only one person was confirmed as being infected, compared to two the week before.

There have been no new cases in Kettle Valley or Kootenay Lake for several weeks running.