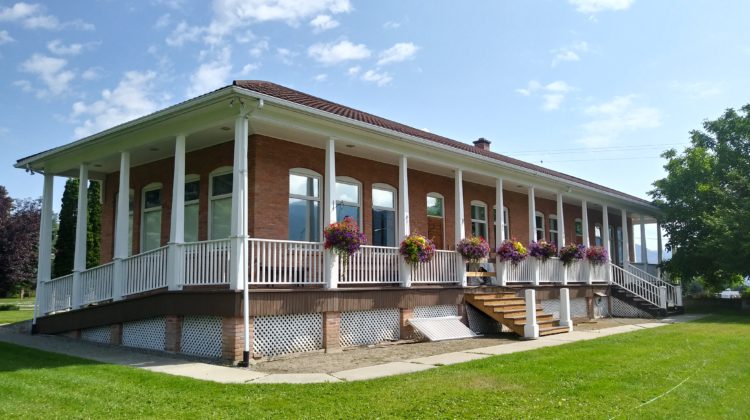 The Boundary Museum is in the former Fructova school outside Grand Forks. (Greg Nesteroff/Vista Radio)

The City of Grand Forks has withheld a $23,000 payment from the Boundary Museum Society, but one city councillor feels encouraged that the society is taking steps to right itself.

Councillor Chris Moslin made the motion to hold off on providing the last installment of the society’s annual funding, partly because it has not held an annual general meeting in several years.

“The motion council approved was that they needed to hold an AGM before further funding is forthcoming,” he said. “The only way council could really encourage more volunteers is through an AGM, where the society has an opportunity to renew itself.”

Moslin said the society has a “working board” but not many volunteers. It drew up a strategic plan with a previous executive director, which he participated in creating.

“It looked pretty good. But then things went awry, and they parted company with that executive director and shelved the plan.

“Council didn’t believe prolonging the time period without involving the community was going to be helpful. The real motivation is to secure that museum and refresh its volunteers and reinvigorate them with a program that they can deliver in this COVID era.”

President Joe Tatangelo admits the museum has seen a high staff turnover and dwindling numbers of volunteers, but he blames most of their woes on the pandemic: “COVID screwed the whole place up. We didn’t have a lot of staff to look after people who came in.”

Although the museum operated for a while this summer, it is presently closed. Tatangelo says they are hoping for a spring reopening. He says they did not held an annual general meeting because they were under the impression they didn’t need to.

He said one administrator was fired, but two left on their own, and he’s not sure why. The board has recently added several new directors including Lyle Burt and Larry Jmaiff.

“We’re struggling along but we’re going to get it back to normal,” Tatangelo said, noting that before COVID, the museum was a popular place and hosted Harvest Festival, school tours, and bread making and butter churning demonstrations.

He agreed they need more volunteers, but was puzzled by the city’s move to hold back funding.

In response, the society held an abbreviated AGM this week, which adjourned with plans for a membership drive before another AGM can be held.

Moslin says he has purchased his own membership and is pleased to see the society taking action. He expects the funding will eventually be restored.

“We’re not cutting that money off. It’s going to come to the group as part of the consideration for their budget next year. We really do want to see some uptake from the community and others join so the board has more boots on the ground to get things done.”

Moslin said he is hopeful that the community will step forward. “Many of our citizens are really passionate about our heritage. I’m confident that given this opportunity to help out they’ll do so.”