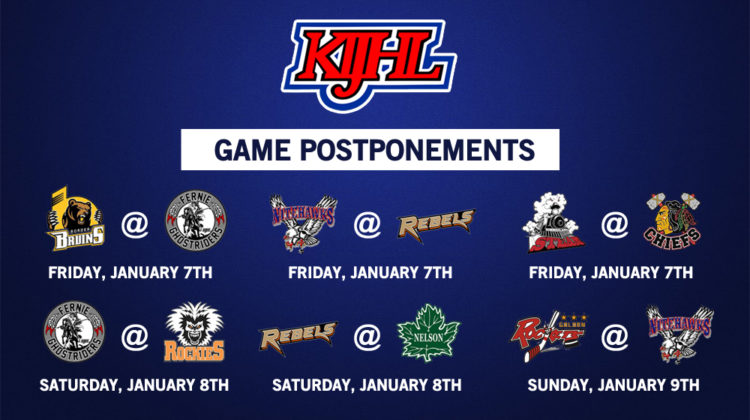 The KIJHL has announced the postponement of several games involving local teams due to a number of players testing positive for COVID-19.

All of those games will be rescheduled.

It means the Rebels, Leafs, and Nitehawks will all be idle this weekend. However, Grand Forks will still play in Kimberley on Saturday.