A drug alert has been sent out across all communities within the Interior Health region.

The alert will remain in place until Saturday, Feb 26th.

IH staff said the drugs have been sold as “down,” heroin or fentanyl. The health authority has identified the drugs in a wide range of colours and textures.

The drugs present a high risk of overdose complications, including death. Substances with benzodiazepine (benzo) can cause prolonged sedation, lasting several hours.

IH recommends having a naloxone kit on-hand to help prevent an overdose. Officials said naloxone will work on opioid overdose symptoms, but will not work on benzos.

The health authority recommends taking steps to prevent an overdose, such as knowing the risks when mixing drugs, starting with a small amount and using with others or at an overdose prevention or supervised consumption site.

Those using drugs alone are recommended to use the Lifeguard app, which can connect to emergency responders in the event of an overdose.

IH has sent a poster along with the alert for businesses to print off and hang in high traffic areas, such as bathrooms, break rooms and offices. The poster can be found below. 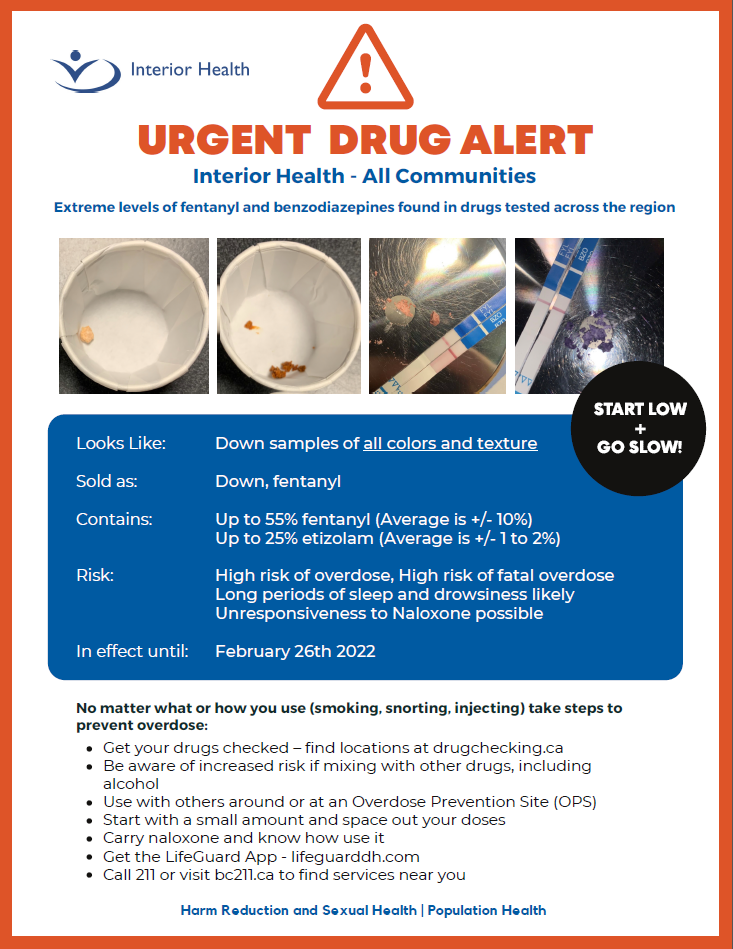