Ten properties at the south end of Johnson Flats in rural Grand Forks remain on evacuation alert due to the risk of flooding, but things are looking more favorable.

“Over the weekend we received less precipitation in the Boundary than forecasted, which really helped us out,” says Regional District of Kootenay Boundary emergency operations manager Mark Stephens. “The rivers did rise and level. They went back down pretty quickly so we didn’t have any reports of localized flooding.”

The evacuation alert, issued Friday afternoon covers addresses on Beatrice and Division streets and affects an estimated 21 people. A map and a list of the properties in question can be found at bottom.

Stephens says they continued monitoring water levels all weekend and are waiting for updated river modelling before deciding whether the evacuation alert can be lifted.

While residents are not required to leave right now, the RDKB says they should be prepared to do so on very short notice. The RDKB activated its emergency response centre on Thursday, but downgraded it to Level 1 on Monday.

The West Kettle River and its surrounding tributaries were downgraded on Sunday from floodwatch to a high streamflow advisory, which is also in place for the rest of the Boundary, including the Kettle River, Boundary Creek, Granby River.

The forecast calls for a chance of showers today, but then only clouds or a mix of sun and cloud until Friday when rain is expected to return. Temperatures are epxected to be in the low-to-mid 20s.

You’re advised to stay clear of the fast-flowing rivers and potentially unstable riverbanks.

Sand bag stations are being deployed to the following sites for residents at greatest risk of flooding:

You must bring your own shovels and transportation. 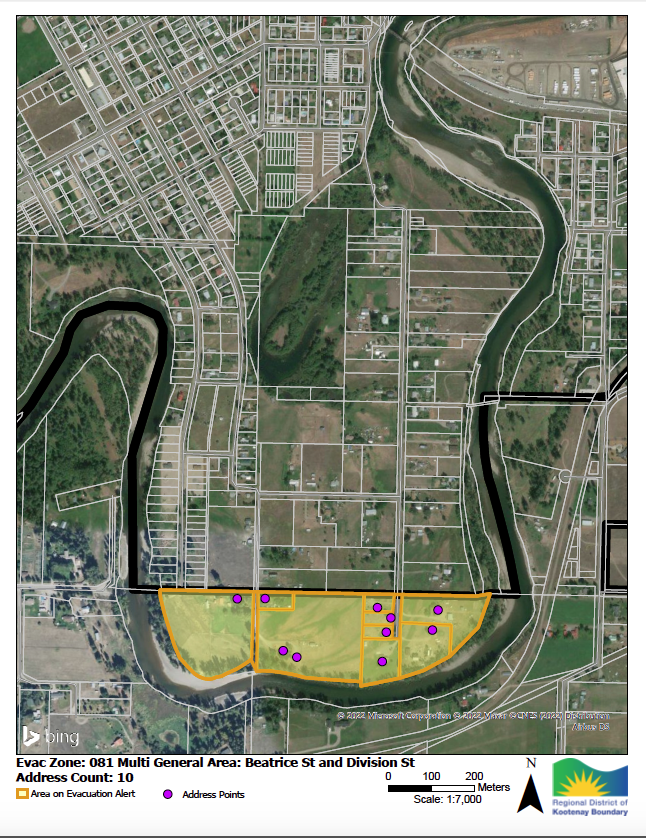 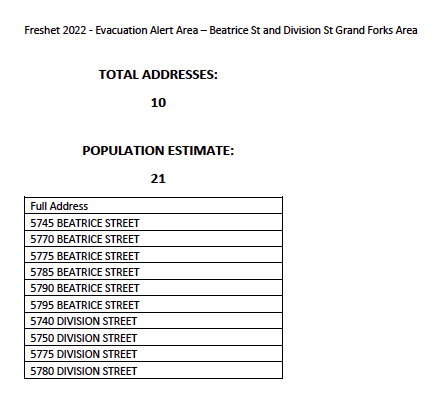