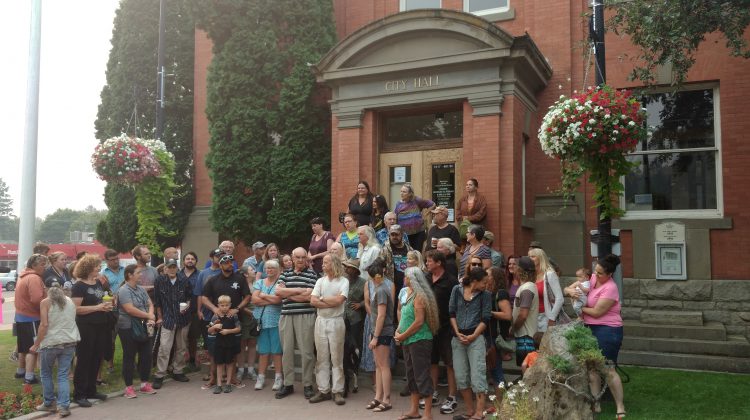 A group of citizens (plus one goat) protested in front of Grand Forks city hall this morning. (Alex Alan, MyGrandForksNow.com staff)

Some Grand Forks residents are appalled by the city’s decision to close Whispers of Hope and the Boundary Emergency Transition Housing Society.

A handful of community members gathered outside city hall for a protest this morning.

One speaker said the decision is immoral.

Many say they’re shocked BETHS’ lease was terminated too, as it doesn’t actually open until November.