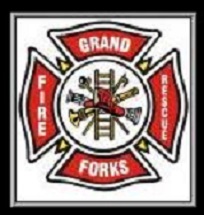 BC Wildfire Service crews are helping contain lightning caused wildfires in the Boundary region. Sunday afternoon BC Wildfire was contacted when smoke was reported on Hardy Mountain in Grand Forks, sending a helicopter and personnel to assist Grand Forks Fire & Rescue’s five-man crew. Crews battled the blaze until approximately 8PM.

Deputy Fire Chief Richard Piché says handling the fire is going well, and they’re lucky the helicopter was so hasty:

“We sent a crew of two from Grand Forks fire, and the three from Wildfire Service went back there today just to do some mop-up, so basically they’re just making sure they’re putting out any hot-spots and making sure the fire was absolutely completely out.”

This is the second lightning-caused wildfire in the Grand Forks area within a matter of days. Piché says it’s dry out there, and recommends safe guarding your home for wildfire using sprinklers,  raking up pine needles, and keeping fire-loads away from your house.

Ashley Davidoff with the Southeast Fire Centre says there is another fire in the Boundary at Tuzo Creek:

“It’s approximately eight-point-five kilometres South West of Beaverdell, it’s estimated to be about 11.2 hectares in size, it’s suspected to be lightning caused and it’s not threatening any communities. Today it is exhibiting very minimal fire behavior and no growth overnight….”

She adds 36 resources and one initial attack crew are on scene working towards containment. Davidoff says one thing the community can do to help is report any wildfires they see, and be extra vigilant when lighting other fires. To report a wildfire dial *5555 in your cell phone, or call 1-800-663-5555.