Titans of Rock to replace Cannafest 2020 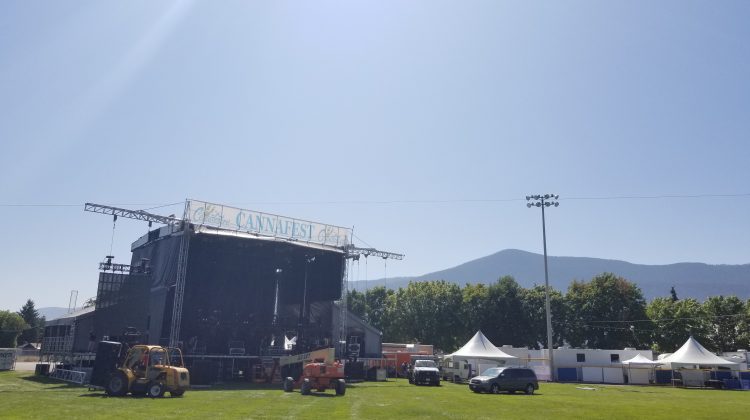 The Cannafest 2019 stage being set up before the big event. (Alex Alan, MyGrandForksNow staff)

New name, same place, huge lineup. That from the front page of Cannafest’s website as the rock festival is set to return to Grand Forks next year as Titans of Rock, in partnership with Gene Simmons.

Cannafest Owner and Organizer Chuck Varabioff says its an amazing opportunity, and sometimes he still thinks “why me?”:

“Hey, a guy growing up in the 80’s in Grand Forks, who was listening to Kiss records in Grade 5 in elementary school…. I never would’ve imagined in a million year’s that I’d even meet him, let alone partner with him to go ahead with something as big as we’re going ahead with. So it’s absolutely amazing….”

He says it was amazing enough seeing this year’s performers, rain or shine:

“You know what? They didn’t hide behind the shelter of the stage, they were out there front and centre, as wet as me and you and everybody else in attendance was….”

But next year will be big:

“….It’s going to be big-big. There will be something for everybody again, it’ll be a more balanced lineup instead of just stacking one day so the Thursday, Friday, and Saturday -people won’t be able to decide who they want to see.”

Varabioff says the Cannafest website has been re-branded and you can find tickets there until the new site goes up (Click HERE to access the new website). He also says he intends to have physical tickets for sale in both Castlegar and Grand Forks.