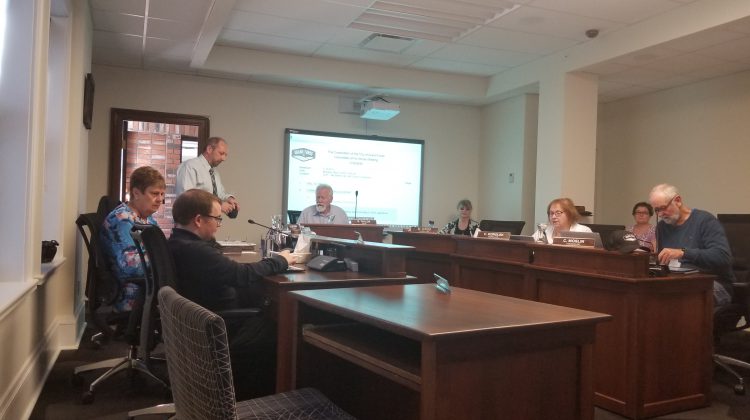 Tuesday was an important day for members of the Social Service Advisory Committee of Grand Forks, as their letter to the city came before council. The letter was put forward by the committee at a recent meeting in an effort to have a shelter open for this coming Winter. It motioned for the Warming Centre to remain, as well as for the city to rescind a letter of eviction issued to the building owner. That letter was received for information by council, and no action was taken. Councillor Chris Moslin also presented a motion that evening that council receive the committee’s recommendation for a year round shelter, and requests the committee’s input on appropriate zoning, but that motion was defeated.

Councillor Christine Thompson says she isn’t convinced that the recommendation for a year-round shelter was a unanimous decision from the Committee:

“I would like perhaps the Chair of that committee and maybe a couple of others that want to speak to this, no disrespect to you Councillor Moslin, to come and make a presentation to council supporting this need for this action. So at this point in time, until I have more information, I can’t support this.”

Mayor Brian Taylor says he sees the group as the most knowledgeable people of social issues in the community.

That wasn’t the only Warming Centre talk on Tuesday, as resident Anne Palmer spoke at Committee of the Whole earlier that morning.

“….I believe that our city needs to step back and take another look at what is possible in our city and what we can actually afford. Yes, we definitely need some kind of an emergency cold weather shelter, and I can’t see any reason why the churches couldn’t do a weekly rotation of sleeping pads and cots. This way the communities surrounding the churches don’t have to bare the brunt of bad behaviour for more than a week at a time, the RCMP could have the rotation list and be available to cruise the areas more frequently….”

The Social Service Advisory Committee is said to meet again later this month.